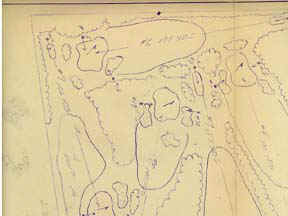 Highland Greens Golf Course sits on a piece of property that has some significant local history. The property was once owned and farmed by Revolutionary War Captain Ambrose Hine Jr. Captain Hine served with General Washington's Continental Army in the Battle of Long Island. Later, he served defending the Hudson River.

His handiwork can be seen in many stonewalls located on the property. His home, where he raised his 9 children, is the red house located across the driveway from the 3rd tee. Horseshoes adorning our maintenance building are a reminder of nearly 200 years of farming.
In the early 1960's, Arnold Palmer brought the game of golf to the people. Popular participation in golf skyrocketed and local courses were soon overcrowded. Golf Course construction boomed during this period. Highland Greens Golf Course was one such course. Conceived by George A. Sabo Jr., the golf course was planned from the beginning as a lighted Par-3 facility. By extending tee-times into the late summer evenings, league players and regulars could play without worrying about the sun setting on their late afternoon round. 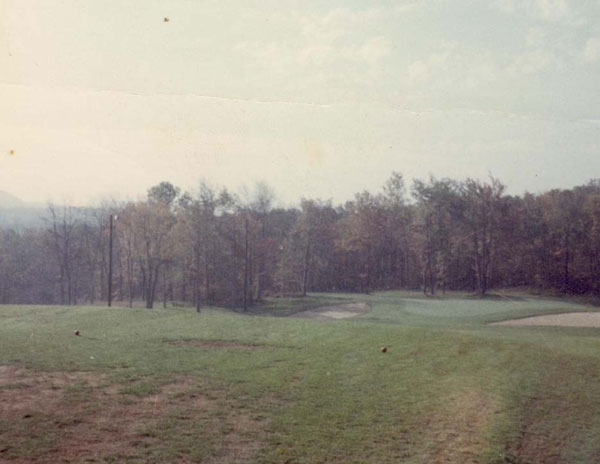 Locally renowned Golf Course architect Al Zikoris was hired and construction began in late 1965. His goal was to design a Par-3 golf course that would test every iron in your bag, and maybe a fairway wood or two. Using mostly native materials, he crafted his signature green complexes with their subtle reverse slopes and yawning bunkers. A classic example of this is the 3rd hole, the shortest hole on the course, which demands that you challenge two deep greenside bunkers. However, you will be just as severely punished if you miss the green long.
Another highlight of the design is the manmade pond on the 7th hole. Its distinctive black color is due to the rich peat soil below the surface. Dredged to a depth of nearly 30 feet along the left side, it is used as a water source for irrigation. To golfers, however, it represents a test of one's nerves. The shot requires up to a 145-yard carry over the water. Many a golf ball, as well as a few golf clubs, has found a watery grave.
Highland Greens opened for business in the spring of 1967. In 1967, greens fees averaged under $2.00 for a nine-hole ticket. Like everything else, our fees have increased, yet they still remain the most affordable in the market. For nearly fifty years we have steadfastly adhered to our mission of providing a quality golf experience for a reasonable price. Along the way we have been able to introduce countless new golfers to the game.
It has been our pleasure to serve the local area with an affordable and enjoyable recreational activity. We plan to serve you for many years to come. We thank you for your support. We look forward to seeing you out on the course!
HG.1934.aerial.photo.docx